We are in the Gulf of Suez. The canal lies behind us and we proceed quickly at full speed towards the Red Sea. The wind is still blowing strongly from the Northeast. Starboard, we see the mountains on the Egyptian shore, among them Jebel Gharib of 1749 m, on backboard, the Sinai peninsula with its naked, ragged mountains. These mountains remind me vividly of those in Palestine and Syria. The higher parts without any vegetation, steep,  broken with jagged sharp peaks, parts situated lower down likewise extraordinarily irregular; cones of debris and small hills alternate with deep cut, washed out gorges and valleys; it is as if a tempestuous sea had been abruptly turned into stone. Towards the southern peak of the peninsula the aventuruous form of the mountains is even increasing;  on many a high-lying point between wild peaks one looks upon broad sand moraines which extend down to the sea.

Our pilot Akhmed Ali, an Arab from Port Said, clad in a long yellow burnous with a red fez on his head, always used to call me “Padisha” while bowing disquietingly with an air of docile mischievousness that can be observed very often among the sons of the desert. In my absence he made vivid enquiries with the officer of the watch whether I would offer him baksheesh in Aden. On the officer’s remark that such customs were not observed [in Austria], he proposed him to help him get baksheesh and receive a share of it. This original idea which highlights the local custom of certain practices really entertained me and I decided to offer the honest gentleman a baksheesh at his debarkation to his sole disposition in order that he might learn about our customs.

The steamship wreck fixed on a coral riff at the southern tip of the Sinai peninsula of which only parts of the prow and one mast reach out of the water makes a stern impression. The sad debris set off ghastly fantasies. One believes to hear the howling storm, the roaring sea whose waves, high as a tower, had smashed the poor ship mercilessly against the rocks. What pains the crew must have suffered, which ghastly scenes of horror might have taken place! 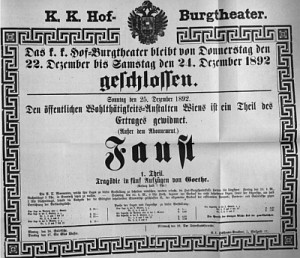